Liberty Alert: Government to Get Between Parents and Kids on Family Farms 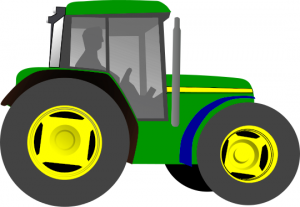 I’ve seen a lot of crazy things lately, but this one takes the cake! Just yesterday, a fan on the Claiming Liberty Facebook page was sharing what she’d heard about rule changes in the US Department of Labor.  Then I found a link from The Survival Podcast that detailed the proposed changes.

The way I understand the article, the Obama Administration wants government to get in between rural, farm parents and their kids by making it illegal for kids to do most farm chores.  The rules seem far-reaching, but it appears that they could become law in August.

Now, I’ve said this many times on my site.  This country was built by people who produced their own food.  From the moment a kid could hold a shovel, egg basket, feed pan, or hay-fork, he or she was out doing chores so that everyone could eat and have a livelihood.  Just because Americans have become more disconnected from our homesteading family farm roots doesn’t mean that there aren’t still tens of thousands of us who value that part of our heritage.

What’s more, and I can say this from experience, if parents on family farms are to be held to these strict standards, the chance to gain invaluable real-world skills will be lost.  4-H and the FFA will become obsolete, and family farms will be driven into extinction.

As a homesteader, I have to say that I’m concerned about some of the proposed rules and how they might affect me and my family.  As you all know, I have chickens.  I have a small garden spot.  If I have a bumper crop of tomatoes that I decide to sell at our local farmers’ market, does this make my property (which is zoned agricultural/residential) a “farm”.  Does that mean that my kids can’t climb up into a tree to help pick apples because it’s a greater-than-6-foot work height? Does that mean my son can’t use his daddy’s drill to help repair a chicken coop because the drill is “power-take-off driven”?

If memory serves, it was last year when President Obama came into the Midwest to tell all us rural folk how the government wanted to do more in the agriculture scene.  VERY few folks wanted to hear any of the nonsense because a lot of us just want to be left alone to grow food.  At that point in time, I had no idea that the government would presume to tell me what kinds of chores my kids can be doing on my own property.  It’s reality now though, and I think I know why.

You know how I’m always saying that farm kids seem to be more responsible and mature for their age? Those of us who’re liberty-minded, who expect our kids to be accountable, and who provide for ourselves as much as we can without relying on the government to come in and fix everything, we must be terrifying to the socialists.  After all, it’s harder for the socialists to control us if we’re not dependent on them for the most basic of needs — food.  It’s just a guess, but I’d say this has a lot more to do with control and money than it has to do with keeping kids safe.

As I’ve said before, I don’t mean to sound like a conspiracy theorist, but the government these days is just making it so darned easy for me.  I can’t help but feel like the foundation on which this great nation was built is being attacked every day.  One day it’s raw milk, bloggers, and farm kids, and before you know it, it’ll be too late to go to Washington and yank nut-jobs right out of their chairs for failing to uphold the Constitution.  It’s crazy stuff, and it’s concerning me now more than ever!

2 Responses to Liberty Alert: Government to Get Between Parents and Kids on Family Farms