The other day, a TSPN Zello friend from New York mentioned the sale of baked goods from her homestead, and it got me thinking.  Could I do the same thing here in Indiana? If so, what are the rules? 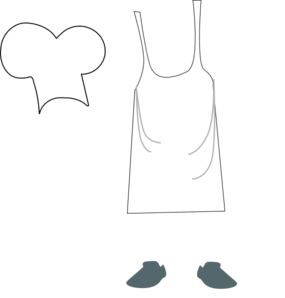 After a little research, I determined that Indiana has fairly reasonable cottage food laws.  I can sell most baked goods, produce, jams and jellies, and even lacto-fermented pickles at farmer’s markets or at a roadside stand.  A commercial kitchen is not required because cottage food production doesn’t occur at a “food establishment”.

My research triggered a myriad of questions though.  What constitutes a “roadside stand”? Are there other regulations specific to my county? Can I combine the sale of products covered by the home based vendor law with other items like crafts, livestock, eggs, etc?

There’s one question that really has me stumped though.  How do I sell my cinnamon rolls while following the guidelines in Indiana’s cottage food law? The roll itself isn’t the problem.  It’s the cream cheese frosting that seems to break the rules.

From what I’ve learned, uncooked dairy like the butter and cream cheese that are part of the frosting are considered “potentially hazardous foods”.  I understand what they’re trying to do, but from a microbiology perspective, I don’t understand how something like a buttercream frosting will cause a problem.

In the end, it doesn’t matter whether or not I understand.  The fact is, I want to sell my amazing cinnamon rolls, and they’re nowhere near as amazing without the cream cheese frosting.  SO, it’s time to brainstorm and experiment.

The recipe that I use for the frosting requires 4 ounces of cream cheese, a stick of butter, 2 cups of powdered sugar, a teaspoon of vanilla, and a quarter teaspoon of lemon extract.  Neither the butter nor the cream cheese are allowed under the home based vendor rules though, so here are some of my thoughts.

My first thought was to make some sort of frosting based on butter flavored shortening.  You all have no idea how much it makes me cringe to say it, but the fact of the matter is, the cinnamon rolls aren’t healthy to begin with.  Using shortening instead of butter and cream cheese wouldn’t make it that much more “bad” for you.

The only problem with my first thought was that to me, part of what makes the frosting so amazing is the fact that it’s a cream cheese frosting.  So then I got to wondering if I could use coconut oil as the fat instead of shortening along with something like “cream cheese extract”.  And shockingly enough, after a quick search on Amazon, I turned up LorAnn Oils Emulsion, Cream Cheese.  This looks promising, and I might be able to come up with something pretty similar to the original product if I play around with refined coconut oil and this emulsion.

Any which way you stack it, the wheels are turning, and I’m thrilled to know that I have options when it comes to selling foods that are produced in a home kitchen.

This entry was posted in Blogs and tagged baking, cottage food. Bookmark the permalink.