Spring is in the air — someplace else! 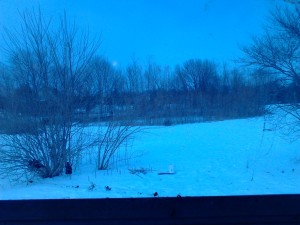 The kids had yet another snow day today.  That means that since President’s Day, they’ve had five snow days, and I want to say that there’ve only been days in that same timeframe where there hasn’t been a two-hour delay.  What’s more, Fred noticed that our county has been under a travel advisory since President’s Day.  (i’m writing this post on March 5.)

Needless to say, despite the fact that the chickens started laying again and folks are planning gardens and spring livestock, I can’t help but feel like spring is in the air — someplace else.  I know that winter’s always hard.  Usually around the end of January, folks start longing for spring.  How often is it though that winter doesn’t seem to roar in until AFTER Groundhog Day? That’s what seemed to happen here in Indiana, and to be frank, I’m over it! I’ve been over it for weeks now, and I’m ready for some subtle indication that we will in fact see spring this year. 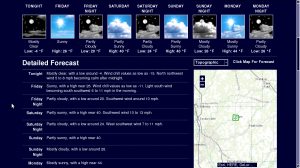 Fortunately for my mental health though (and that of the folks around me), it looks like we can expect a break in the awful weather.  Even if it doesn’t last, I’ll take it.  It makes planning this year at the homestead a lot less theoretical for me, and it also means that we can actually start DOING stuff (even if only in fits and spurts.)

So what are this year’s plans at the Wittekind homestead? I’ve been tossing around a lot of ideas, but there are some basic tasks that I really want to accomplish.

Some folks might remember that our laying flock took a pretty decent hit around Thanksgiving.  We lost our Black Australorp rooster as well as seven laying hens over the course of about six days.  We never did manage to figure out what was getting them, although based on when they were killed and the way we found their bodies, it was likely a dog that got them.

Those kills took us down to 14 laying hens, so we have some rebuilding of the flock to do this spring.  After a good bit of thought, we’ll likely add twelve to fifteen Barred Rock pullets along with some Barred Rock straight runs.  This strategy should mean that one, we won’t be overrun by cockerels while adding some much-needed male DNA to the flock and two, we’ll be able to easily identify which birds were added to the flock when.  (We have just one Barred Rock hen left in our flock right now, and I don’t think it’s that big a deal if just one runs a good chance of being confused with birds from another year.)

Although our chickens free range, we offer a supplemental ration as well as scratch grain.  It’s not expensive exactly, but it’s certainly not free.  Pondering this fact got me thinking that if  I can decrease feed costs while offering a more nutritious food source to my flock, I’d be stupid not to consider doing so.

I fell in love with the idea of feeding fodder to my chickens after seeing a post over at The Survival Podcast on the subject.  Jack made it seem so easy, and I was determined to do it at some point, but it never ended up happening last year.

Just last month though, I was having a conversation with another member of the TSPN Zello channel who happens to have first-hand experience with fodder feeding.  He patiently answered my questions and even shared another idea for supplementing my flock’s feed — fermented corn.

After some more talking, a bit more research, some phone calls, and a trip to my local Rural King Supply, I managed to snag a bag of feed corn, and I known when and where I’ll be getting my barley for fodder.  I’m pretty confident that these feed supplements will work well around here.  I’m just waiting for “spring” because this intense cold we’ve been battling has made it hard for me to get organized.

Since Fred and I bought this house back in 2009, I’ve been eying one of our enclosed porches with a specific purpose in mind.  It measures about 12’x12’, its windows face east, south, and west, its slab is covered in dark carpet to make an awesome thermal mass, and it’s attached to an entrance that’s almost entirely unused.  What’s more,  that particular porch  hasn’t been used for much of anything other than storage and chick brooding one year.  Doesn’t this porch sound perfect as a greenhouse of sorts? That’s what I was thinking anyway.

The deal was sealed in December when two of my best friends bought a house nearby.  They’re awesome with plants, but their new house doesn’t have the room for indoor seed starting.  Because of that (and a number of other reasons), I’ve decided that this year has to be the year that I get started on “the greenhouse”.  I’d like to start and grow plants out there, I’d like to give microgreens a try, I’d like to do fodder and fermented corn out there, and I’d like to brood chickens out there again.  I just need to spend some time out there with some sighted help to get things cleaned up and organized, and I’ll have to come up with a strategy to avoid roof leaks (when it matters), but all told, the starts of that project shouldn’t be too hard.  I’m excited!

Good things’ll be happening this spring around the homestead.  I just have to keep telling myself that ‘til we actually get there!

This entry was posted in Blogs, Homesteading and tagged spring, updates. Bookmark the permalink.

1 Response to Spring is in the air — someplace else!