Proposal to Protect Right to Hunt, Fish, Farm Gets IN Senate Approval 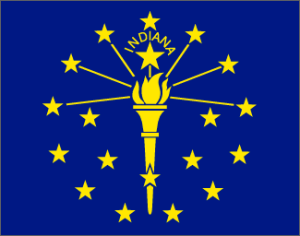 On February 11, 2013, in a 38 to 10 vote, the Indiana Senate approved a proposal that would protect Hoosiers’ rights to hunt, fish, and farm under the state Constitution.  If the measure wins favor in the House, we would vote on the constitutional amendment in the 2014 general election.

When I first heard about the proposal, I thought, “Well, that sounds like a good idea.” Then I started to do some research.  Some folks suspect that it’s a ploy by those running CAFOs and huge monocrop operations to do as they please.  Some think it’s built-in protection for hunters and fisherman from animal rights activists.

Since I can’t find the text of the proposal anywhere, I don’t have a way to make an informed decision one way or the other yet.  I can say though, given what’s happened in states like Wisconsin (where courts have said flat-out that their citizens don’t have fundamental rights to produce and consume their food), it’s probably a good idea to have some constitutional protection when it comes to our rights with respect to food.

Some argue that we don’t need a constitutional amendment because we already have laws protecting our right to farm, hunt, and fish.  Here’s the thing though.  You’d think that the government would never infringe an individual’s right to something as basic as the right to produce, obtain, or consume food, but it’s been done many times over.  By defining rights in a constitutional amendment, it seems that the legislature is attempting to “see around corners”, heading off problems before they become evident.

I do understand the concern of those who think it’s a ploy by Big Ag to gain more power and less regulation.  Again though, without seeing the text of what the Senate approved, I can’t judge for myself.  It sounds plausible, but it also makes for a highly inflammatory news article or blog post.  I’m always trying to protect my home and food from Big Ag’s reach, but I don’t know if that’s a valid concern yet.

It’ll be interesting to see where things go when the measure comes up for approval in the House.  Rest assured, I’ll be keeping a close eye on this one!