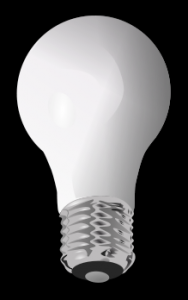 Although I haven’t written about it recently on my blog, I’ve been struggling with my low-carb eating plan.  Cravings, intense hunger, mood swings, and lack of scale movement were starting to wear on me.  Being the problem solver that I am, I was determined to figure the whole thing out, because after all, there is no other option for me and my broken metabolism; low-carb living will save my life!

My gateway into the world of low-carb eating and science was the book Dr. Atkins’ New Diet Revolution.  After reading it and learning that a fat chick could lose weight without being edgy, hungry, and miserable, I thought, “I want some of that!” I followed Atkins “by the book”, and I lost weight, but then life got in the way.  Every time I’d loose a decent amount of weight, I’d get pregnant and gain it all back PLUS some.  Never did I lose faith in the science of low-carb eating, but after a while, I was feeling pretty defeated.

When I started my Transformation Day 2012 challenge back in 2011, I thought, “Nothing’s going to sidetrack me this time.  I’m going to work the plan and get healthy,”, but it didn’t take me long to realize that I was running into the same roadblocks I’ve always faced in my low-carb eating journey.  See, there are folks out there who say, “I’ll never eat another way because I feel so wonderful! Losing weight is just a nice side effect.” That wasn’t me though.  It might have been me in the beginning, back in 1997, but after having babies and losing (and gaining) hundreds of pounds, I just wasn’t feelin’ it.

So that brings my story to the first part of October.  I seemed to be stuck in the same rut of losing a couple of pounds after a month or more of working really hard and then getting frustrated and putting those pounds back on.  I got this awful stomach bug though, and in 2 days, I hit an all new low since starting my challenge — 242.6.  I thought to myself, “I’m going to build on this and keep the momentum going in the right direction.” Unfortunately though, that loss was water weight that I lost from severe dehydration, and the moment I was able to keep fluids down, I gained back up to over 250lb.

Then I just happened to be listening to an episode of Ask the Low-Carb Experts with Jimmy Moore, and a light bulb flipped on for me.  The missing link for me was nutritional ketosis! See, I know how good it feels to be “in ketosis”, but the problem of late seems to be that I was pushing myself further away from nutritional ketosis, and THAT was explaining my lack of success.

I started thinking about my eating plan, and I realized that I’d been making a lot of mistakes.  Some of the mistakes were “newbie” mistakes; others were mistakes that I made just because I was coming to the wrong conclusions about my efforts and the results I was seeing.

After realizing that my focus needed to be a KETOGENIC low-carb diet, I had to figure out how to formulate such a plan.  I decided that I’d start with a fat fast (as described in Dr. Atkins’ books), and sure enough, that worked.  By the second day, my hunger and cravings were gone, and my energy was up.

After three days on the fat fast, I went to a ketogenic diet where I wasn’t limiting calories.  Also, because of my IBS, I decided that I was going to significantly reduce my consumption of foods high in FODMAPs.  This means that for now, I’ll hav eto get more of my key nutrients from supplementation than from fruit/veg, but I think my obesity is much more risky to my health than becoming slightly more nutrient deficient than I already am.

So after 10 days of eating around 80% of my calories from healthy fats, the results are amazing.  I’ve dropped 7.2lb effortlessly (so that I’m at 242.8 today), my fasting blood sugars are lower, and my energy is “normal”.  (Normal means I’m not bouncing off the walls, but I’m not constantly longing for my bed as I have been for what seems like years.)

What’s impressed me the most about getting my body back into ketosis ALL the time is my complete lack of hunger.  Saturday, I had one meal at around noon, and I wasn’t hungry again until Sunday at around 1:00.  I was preparing for a party though, so I couldn’t eat immediately.  When I finally DID eat, I probably consumed less than 1000 calories and I was satisfied ’til around 10:00am today.

Because I’ve forced my body to burn fat rather than sugar, I have a near-infinite fuel source, and I’m not experiencing wild blood sugar swings as my body tries to handle all the veg and protein I was eating.  I now see why Jimmy speaks so highly of his experiences with his nutritional ketosis “experiment”.  It’s amazing, and I just wish I would have discovered it earlier.